Chief Hess began his tenure with the City of Roxboro on June 1, 2015 with a vision for proactive community policing and organizational unity.  Previously, he served as the Chief of Police for the Town of Wilson’s Mills.

He is the Executive Director of the first ever Roxboro Police Activity & Athletic League (PAAL).  Formed in December 2017, the RP-PAAL program is a registered 201 (c)(3)  non-profit organization targeting at risk students between 5th-8th grade.  Public safety personnel mentor students and coach/play sports with them to build sustainable life skills, with the hope of keeping them diverted from criminal activity.

Chief Hess is the recipient of the North Carolina Department of Justice's Advanced Law Enforcement professional certificates.  In 2012, he graduated the Coastal Plains Law Enforcement Management and Leadership Institute. In October 2018, Chief Hess was awarded the International Association of Chiefs of Police 40 Under 40 Leadership award which recognizes forty law enforcement professionals under the age of forty from around the world that demonstrate leadership and exemplify commitment to their profession.

He is a graduate of the 264th Session FBI National Academy executive leadership training program. The FBINA is a professional development course for U.S. and international law enforcement leaders. It serves to improve the administration of justice in police departments and agencies at home and abroad and to raise law enforcement standards, knowledge, and cooperation worldwide.  Less than 1% of law enforcement executives in the world are nominated to attend the prestigious program.  He earned 17 Undergraduate credits through the University of Virginia, graduating the 10-week residency program with a 4.0 GPA.

Chief Hess brings a wealth of experience to the City of Roxboro and is committed to community involvement.  Under his leadership the police department improved technology resources, provides career development training for staff, and are actively engaged in the community.  The department completed implicit bias training for all sworn staff, is involved in community outreach, implemented 21st century policing principles and strategies identified by the President’s Task Force on 21st Century Policing, and implemented a non-profit Police Activity and Athletic League.

Chief Hess holds a Bachelor’s of Science in Criminal Justice from Liberty University. He is a graduate student pursuing a Master’s Degree in Executive Leadership from Liberty University. He served as an ordained deacon at Richland Creek Community Church in Wake Forest (NC).  He has been married for fifteen years to his wife Laura. They have two boys, Emmet (12) and Jacob (10), David also has an adult son, James. Chief Hess and his family are residents of the City of Roxboro.  They are members of Antioch Baptist Church in Timberlake NC where they lead Adult Bible Study, David co-teaches the Senior Saints Sunday School class and leads the safety ministry. 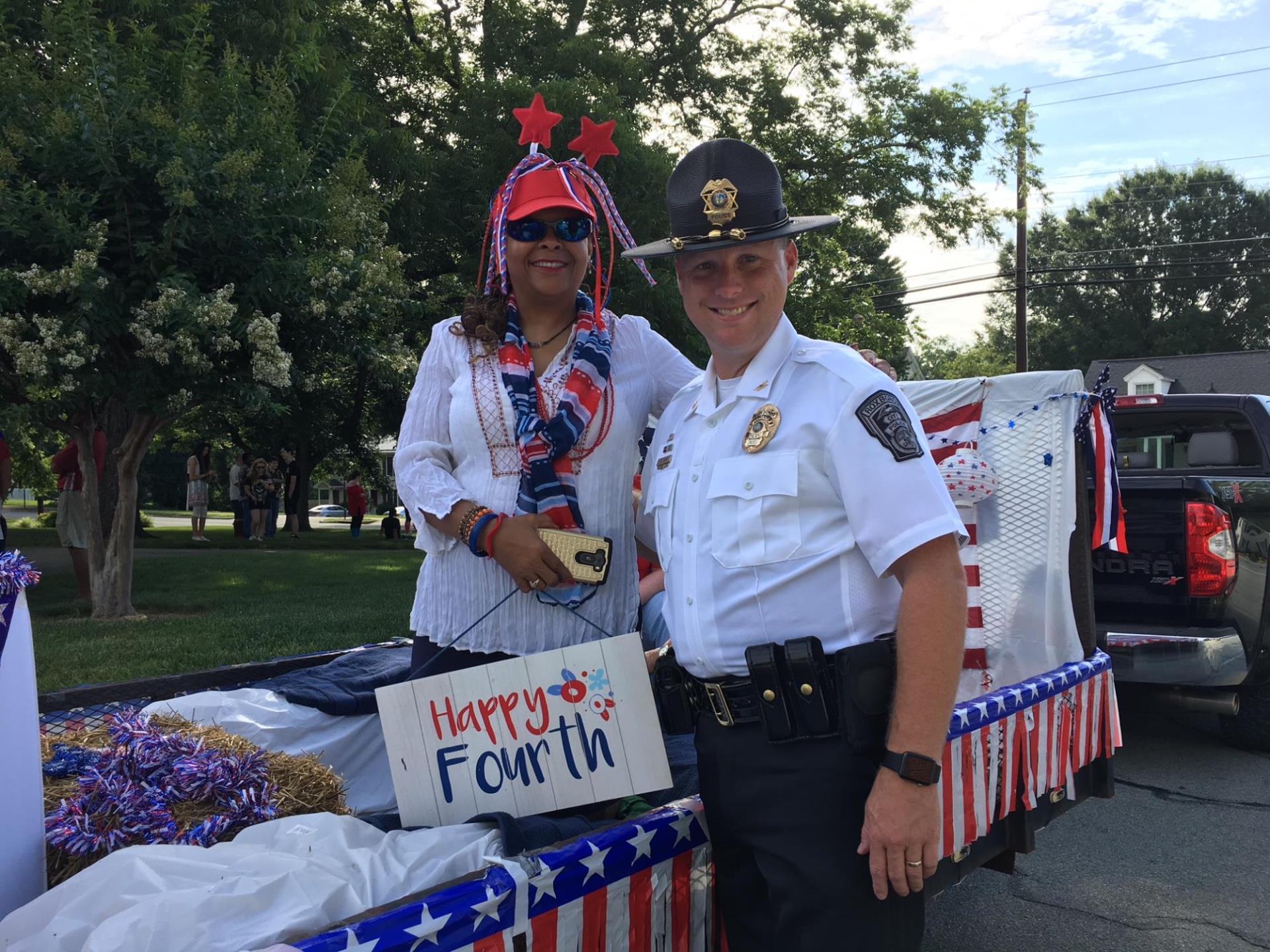